Just heard shocking news about the death of David Taylor MP. Quite upset about it. I'd only really got to know him over the past year or so, but had a lot of time for him. He won Backbencher of the Year in 2007, and was one of the most active MPs in the Commons Chamber, one of those MPs who could be described as a true parliamentarian. Basically, I liked him and respected him, and it's very sad news. Condolences to his family.
Posted by Kerry at Sunday, December 27, 2009

Agree. A dreadful shame. I spent most of the morning on polling day in Crewe and Nantwich knocking up with DT and very decent chap he was. Condolences to his close friends and family.

Very sad news. My thoughts are with his family.

He was due to stand down due to expenses issues. Clearly, the stress got to him. RIP.

I don't think that's why he was standing down and I think it's in rather poor taste to suggest it at such a time. He was judged to be the 7th best value for money MP in Parliament in 2007, something I'm sure his constituents would have appreciated. He was phenomenally hard-working. 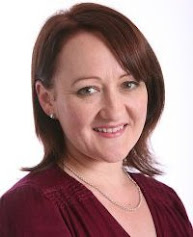